Difference between revisions of "Device Scripting" 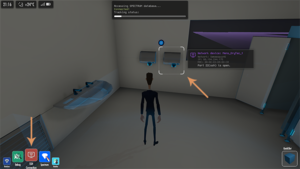 An example of a hackable device

Device scripting is core to creating an Off Grid Mission, they are incredibly extensible and are useful for a multitude of tasks including forwarding your missions plot and world building. Each device that the player can hack into will have a device script, devices can share scripts if they're similar enough or have their own bespoke scripts.

Let's start with a quick device example and build up from there. One of the Off Grid story missions finds the player needing to hack into the office hand dryers.

Here's a basic example that we'll build upon: It's not as bad as it looks! 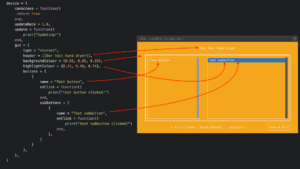 What do I do now?

Now you've read through and got an idea of how to build up what your interface looks like you might be looking at ways to expand what your device does.

What's important to remember is all Lua Apis are available in device scripts meaning they can:

Suggested next topic to read up on: Lua Apis